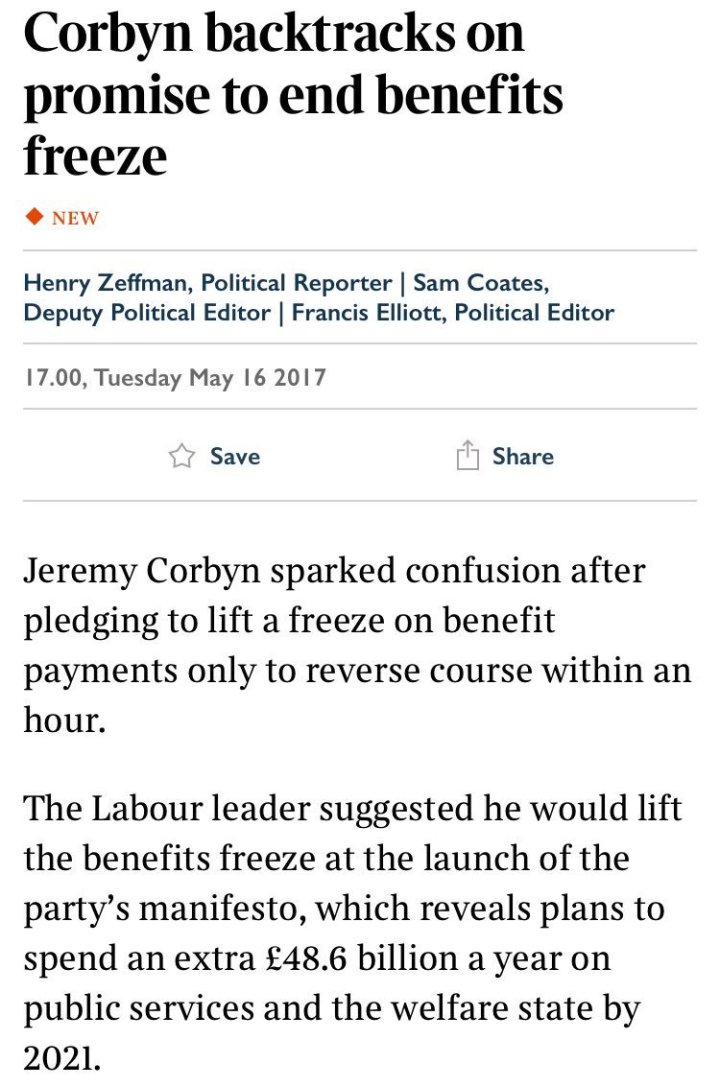 Never has so much, been pledged to so few, for so little overall gain …

What Corbyn supporters fail to grasp is that their idol invariably fails to live up to his rhetoric.

Labour’s recent General Election Manifesto would have kept £7bn of the £9bn planned Tory Social Security cuts over which IDS resigned. Had Kinnock or Smith or Blair or Brown or Miliband gone into a General Election not committed to ending the benefits freeeze and scrapping the benefits cap then Corbyn and many of his supporters would have been all over them like a rash. And rightly so.

Team Corbyn made an unashamed pitch for the middle class vote by pledging free university tuition, free universal childcare, free universal school meals, a write off of student debt, cheaper rail fares and so on. And, if you earn less than £80k per annum, McDonnell said, you will pay no extra Income Tax and National Insurance for five years.

Never has so much, been pledged to so few, for so little overall gain in a General Election. You do not address inequality and poverty by freezing the benefits of lone parents and pledging them only £500m for Sure Start, that will not even fully reverse the savage Tory cuts in the programme since 2010, when you earmark tens of billions of pounds to increase the middle class welfare state.

Team Corbyn has taken Labour well to the right of every previous Labour leader with its pledge to continue underfunding Sure Start, alone. I thought underfunding programmes to alleviate child poverty whilst giving the middle class the equivalent of billions of pounds in tax rebates was what the Tories did.