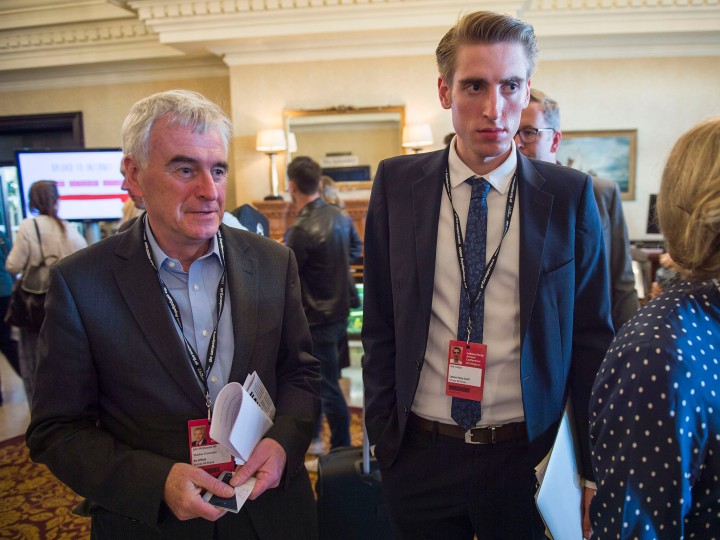 When did John McDonnell tell Seb Corbyn that his dad was not actually going to be writing off his student debt?

Jeremy Corbyn’s son was handed a top job working for Shadow Chancellor John McDonnell after helping his father secure the Labour Party leadership.In a brazen display of jobs for the boys, Seb Corbyn was given the plum role of chief of staff to McDonnell where he is thought to earn up to £48,000 a year, paid for from the public purse.Seb, a graduate of Politics, Political Economy and International Studies at ultra-elite Cambridge University, initially worked for his dad during Corbyn senior’s leadership campaign in September 2015.
In February 2016, Seb was described as a “dedicated revolutionary” with one friend saying “Seb is very much his father’s son.”  Seven months later the New Statesmen branded Seb a “bag-carrier and all-purpose aide” for the leadership election.Labour insiders said at the time McDonnell, who is one of Jeremy Corbyn’s closest political allies, was keen for Seb to take a role in his back office because of the “name recognition thing”.
According to the Independent Parliamentary Standards Authority, senior parliamentary assistants in London earn between £33,000 and £48,913 a year.But the 25-year-old’s position is at odds with with his dad’s pre-election promise to tackle discrimination in the workplace.In May, Corbyn said a Labour government would look at introducing ‘name-blind’ recruitment.  Under the plans employers could be barred from seeing the names of candidates as part of a drive to cut unemployment among black, Asian and other ethnic minority communities.
Labour’s “race and faith manifesto” promised, “A Labour government will launch an inquiry into recruitment discrimination and consider initiatives to tackle ethnic bias, including exploring the practicalities in rolling out name-blind recruitment practices if necessary.”In the run-up to the June election Labour was forced to deny Seb would run for Parliament after he was rumoured to considering standing in an ultra-safe Liverpool seat.

A spokesperson for Corbyn said it was “categorically untrue” that Seb was poised to try to follow his father.

But Seb is already looking to the next election, using his Facebook page to criticise the Prime Minister and call for a Labour government.  In a post on June 28, he wrote, “I look forward to getting rid of the self serving Tory elite running our country at the next election and to Labour giving public sector workers the pay rise they deserve.”

McDonnell’s office have been asked if ‘name-blind’ recruitment was used to hire Seb Corbyn’s.  The Shadow Chancellor’s office refused to comment on how Seb was selected for the role as chief of staff or his wage.A spokesman said: “We don’t comment on staffing matters.” 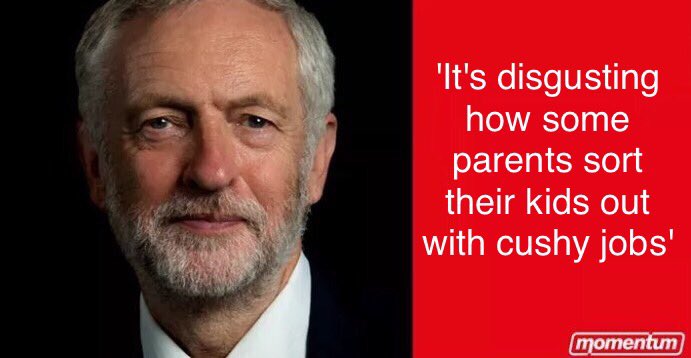 A defining trait of the middle class into which the Corbyns, both Jeremy and Seb, were born is a weakness for nepotism …

And nepotism is just a fancy way of describing discriminatory behaviour. 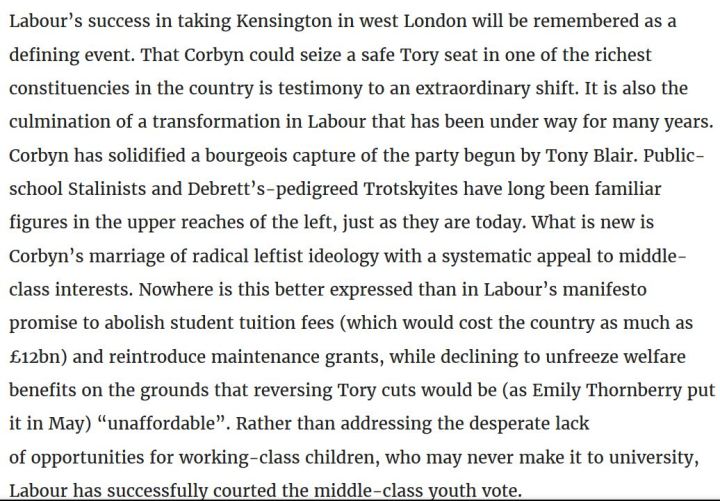 Trying out ideas on trade and more

A Mad Man With A Blog