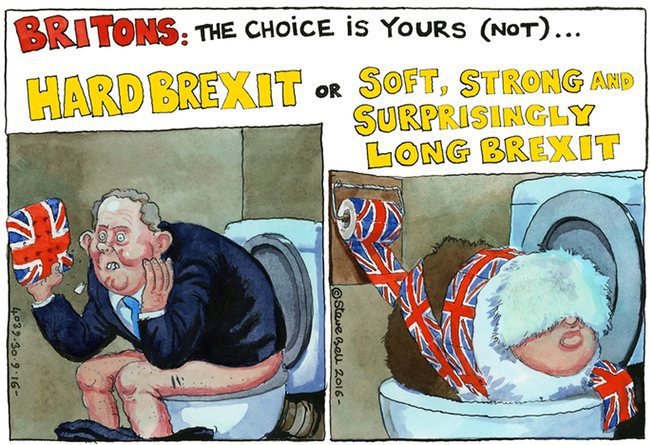 What does a leader of Trade Unionists Against the EU, concerned about ‘easy divorce’ and immigration, somebody who defends “Flag, faith and family” and who (2011), wanted Labour to be an organisation, “that involves those people who support the EDL within our party”, a prominent contributor for the left-wing magazine Jacobin, a founder of a new Social Democratic Party, the  former editor of Prospect magazine, a pamphleteer for  Labour Leave, a Harvard Professor, Murdoch’s Man in Brussels, a well-known figure in the British Communist Party (CPB), and a small battalion of former members of the Revolutionary Communist Party and contributors to Spiked-on-Line, have in common?

The Full Brexit is not a political party. We do not all agree about each and every policy or document on this website. But…