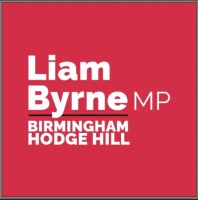 John McDonnell recalls his youth, when he played Prince Hal in Henry IV, Part I, but, in reality he is a fiend that lies like truth,

“Thus do I ever make my fool my purse.

For I mine own gained knowledge should profane

If I would time expend with such a snipe

But for my sport and profit.”

Unite has over 50,000 members in aviation risking exposure to toxic fumes on flights. I’ll fight to end this risk to our members’ health. pic.twitter.com/bSpUUw5uxr

Unite has over 50,000 members in aviation risking exposure to toxic fumes on flights. I’ll fight to end this risk to our members’ health. pic.twitter.com/bSpUUw5uxr

WATCH: Sexist hypocrite @UniteforLen: says he’ll support Women’s Charter then says to bunch of men “what are they like?”

WATCH: Sexist hypocrite @UniteforLen: says he’ll support Women’s Charter then says to bunch of men “what are they like?” pic.twitter.com/GUMyqh6Qr8

Unite is under renewed pressure over an alleged secret plan to take control of Labour after a leaked minute confirmed the trade union is considering closer links with the far-left Momentum group.

Len McCluskey, the general secretary of Unite, said this week that there was “no proposal” for his trade union to support Momentum.

However, a minute of Unite’s governing executive council from last year stated: “He agreed that the Union should review the possibilities of more close working with this organisation.”

Corbyn’s leadership of Labour continues to divide opinion in his party and many of his MPs believe the left-winger has little chance of winning a general election.

A key section of his support base is Unite – Labour’s largest affiliated union and donor – as well as the Momentum group formed during the contest that secured Corbyn the leadership in 2015.

McCluskey is currently facing a challenge for the general secretary post from moderate Gerard Coyne in a battle widely seen as a proxy for future control of Labour.

At the weekend, a newspaper revealed a secret recording in which Jon Lansman, the founder of Momentum, discussed plans for an official tie-up between the two organisations.

He said: “Assuming that Len McCluskey wins the general secretaryship, which I think he will, Unite will affiliate to Momentum and will fully participate in Momentum….”

The claim raised fears of two separate bodies joining forces in a bid to control the party.

Speaking to Sky News, Deputy Labour leader Tom Watson, who has clashed with Corbyn and McCluskey, said of the Lansman comments:

“It looks like a secret plan to take over the Labour party to me, and I think it needs to be called out.”

He also said: “I regard this as a battle for the future existence of the Labour Party. This is high stakes.”

A furious McCluskey hit back at Watson: “There is another world in our movement, alas. A world of skulduggery, smears and secret plots. That is where you will find Tom Watson.”

“Anyway, backing groups like Momentum is not my decision to take, as Watson will know. Only Unite’s Executive could decide to support such an organisation, and there is no proposal that it should do so.

A Unite spokesperson said at the time that affiliation to Momentum was a “matter for our executive council alone and no discussion on the matter is scheduled”.

However, the Herald can reveal that a meeting of Unite’s executive council in September discussed links with Momentum.

A minute of the gathering, which took place days before Corbyn was re-elected as leader, stated: “The General Secretary elaborated on the Union’s political work, in particular concerning the issue of the Labour Leadership. In response to a question from a member of the Council regarding Momentum, he agreed that the Union should review the possibilities of more closer working with this organisation.”

Lord Foulkes, a Labour peer, said he was in “no doubt” Momentum and Unite are planning on working together, adding: “This is a cause for concern. They are wanting to get control of the party and its assets and institutions.”

A Unite spokesman said: “Unite’s executive, not the general secretary, decides with which organisations the union works. This is clearly not the same as affiliation and should not be represented as such. There are no plans to affiliate to Momentum.”

People expelled from Labour after exhaustive disciplinary inquiries will still be welcome inside the leftwing grassroots organisation Momentum – despite a new constitution designed to pave the way for its formal affiliation with the party.

Last week, the Observer revealed details of a secret recording of a meeting at which Momentum’s founder, Jon Lansman, outlined plans for its activists to build influence at all levels of the party, in order to ensure a hard-left successor is installed when Jeremy Corbyn departs. Lansman also said Momentum would affiliate with the union Unite, boosting its finances, if Len McCluskey remained as general secretary, although a spokesperson later said he had been speaking in an “aspirational” manner and Unite insisted there were no such plans.

Lansman made clear on tape that his aim was to require Labour membership in the rule book in order that Momentum could build formal links with the party and the country’s biggest and richest union. The revelations prompted Labour’s deputy leader, Tom Watson, to warn that the future of the party was at stake from a wave of “entryism” as serious as any since the battles with Militant in the 1980s.

It can now also be revealed that Lansman reassured activists at the same taped meeting that people expelled from Labour would still be welcome to participate in its activities, if not in its ruling bodies and committees. This is despite Momentum’s new constitution saying that any new member has to be a Labour member and that all existing ones should join. Asked by an activist at the meeting in Richmond, south-west London, on 1 March about what role people suspended or expelled from Labour could play in Momentum in future, Lansman stated: “I see no reason why they should not carry on. On the basis that most people who have been expelled have been expelled unfairly, – the [Labour party] compliance unit has been trying to kick them out – there is no one in Momentum who wishes to exclude people.”

The comments suggest that Lansman is nervous about enforcing the constitution, while at the same time claiming his organisation only contains Labour members, making it eligible to affiliate with Labour and Unite.

Speaking at Momentum’s first conference yesterday in Birmingham, the shadow chancellor John McDonnell, a close ally of Corbyn, defended the rights of Momentum activists to get involved in party structures, but insisted this be done in a “comradely” manner. “It means offering to serve. If there’s a vacancy in your constituency party, volunteer for it. If there’s an exercise that’s being done, if it’s leafleting or canvassing, offer to do it. In that way you win the respect of others.”

Responding to accusations made on Twitter last week by the Labour MP Jess Phillips that he had “lied” to Unite members, Lansman said that non-Labour members would be welcome to participate, but excluded from standing or voting in internal elections. Lansman wrote: “We won’t allow non Lab members to hold office or vote (unlike Coop party or Fabians) but we won’t exclude them from activities/meetings”.

Momentum’s new constitution states that all new members have to be Labour party members and that “existing members who are not already Labour Party members are being encouraged to join Labour by 1 July.” It adds that “Momentum members who believe they have been expelled from the Labour party unfairly have the right to a hearing by Momentum’s National Coordinating Group.”

A Momentum spokesperson said it was a “non story” to point out Mr Lansman’s comments about expelled Labour members being welcome to take part.She said: “As both our constitution and and website clearly state, any existing members of Momentum who are not Labour members can participate in local campaigns and events but cannot vote in election, stand for an official position or hold other membership rights.”

■ Labour sources said a decision on whether to expel the former London mayor Ken Livingstone from Labour over alleged antisemitic remarks last year will be announced by the party this week. Livingstone has said that if the decision is to expel him, he will take action in the courts. 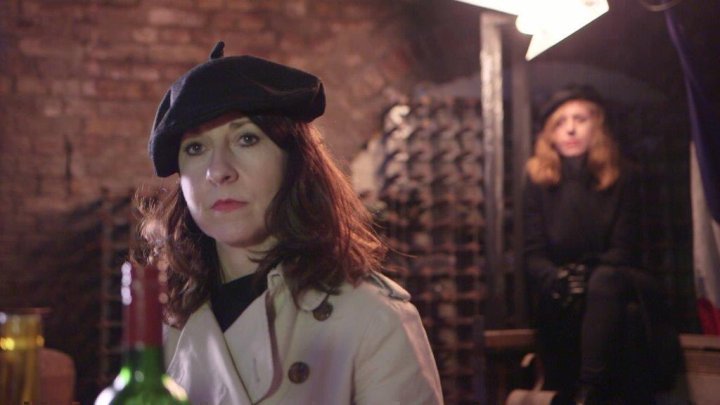 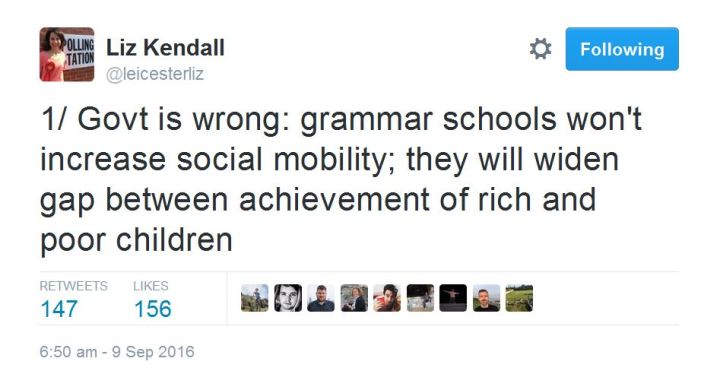 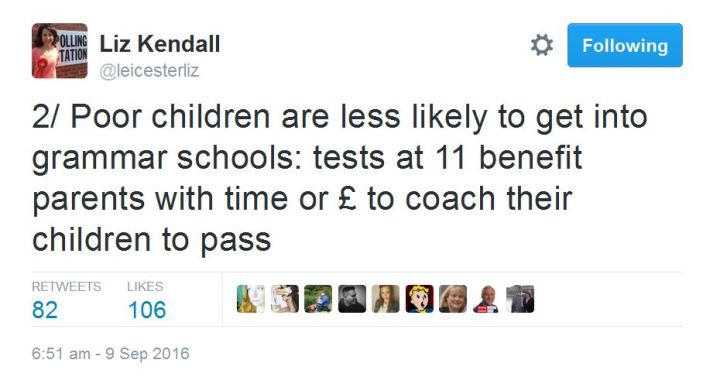 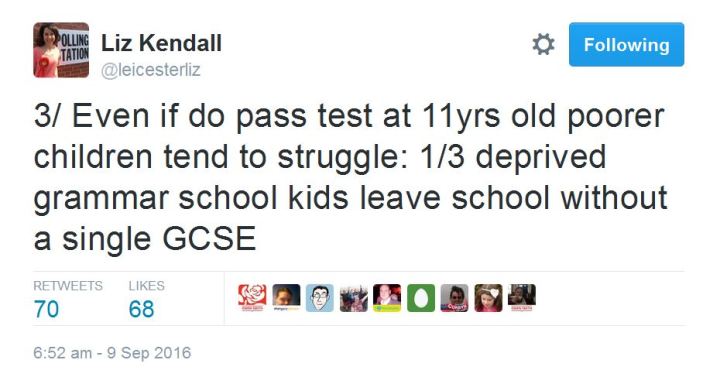 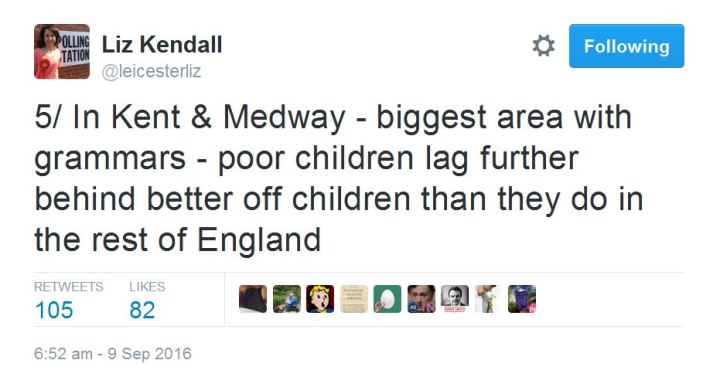 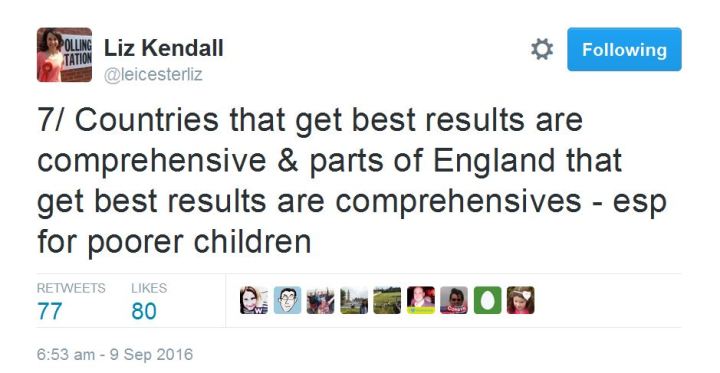 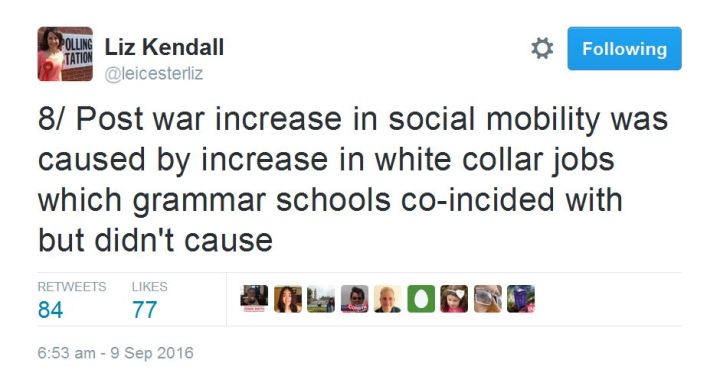 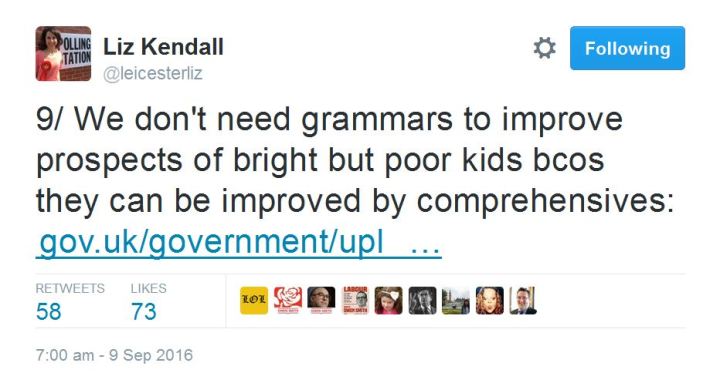 Lessons from London schools for attainment gaps and social mobility …